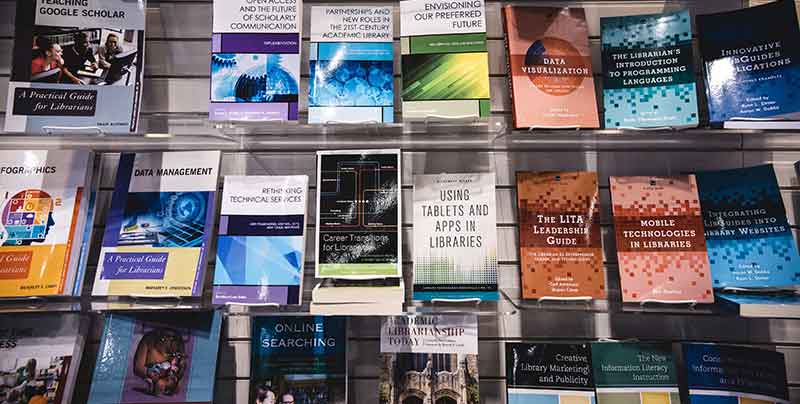 After two years of work and dedication from many parties, the 2017 Revised Standards and Guidelines of Service for the Library of Congress Network of Libraries for the Blind and Physically Handicapped was approved by the Association of Specialized and Cooperative Library Agencies (ASCLA) board on Monday, June 26, 2017. With this approval, the Working Team Danielle Miller, Will Reed and the Project Director, Eura Szuwalski, will begin the final stage of taking the final version and producing a completed document that will be available for purchase through the ALA store this fall to network libraries through the National Library Service for the Blind and Physically Handicapped (NLS).

Prior to presenting the final version to the board, the Project Director shared the second draft widely to all interested parties through ASCLA’s communication channels, and several network library and consumer group listservs. Comments were accepted online and at two separate regional conferences for NLS network library staff. Regional conferences where held on May 11, 2017 for the Western/Southern Conference in Santa Fe, NM and on June 6, 2017 for the Midlands/Northern Conference in Ann Arbor, MI.

Following both conferences and after collecting all online comments, the Working Team and Project Director made minor changes to the second draft and submitted the final draft to the Advisory Team. The version that came out of the concluding email communications with the Advisory Team became the final document, which was submitted to the ASCLA board for review prior to the ALA Annual 2017 Conference in Chicago.

In short, this two year process would not have been possible without the support of the ASCLA/RUSA team (including Susan Hornung, Melissa Tracy and Leighann Wood), Richard Smith (Network Division Chief for NLS), the Working and Advisory Teams (details listed below) and the many people who wrote in with comments, asked questions at conferences and emailed our team members. Additional updates will be provided as we near the end of the production process and when the document is available for purchase. 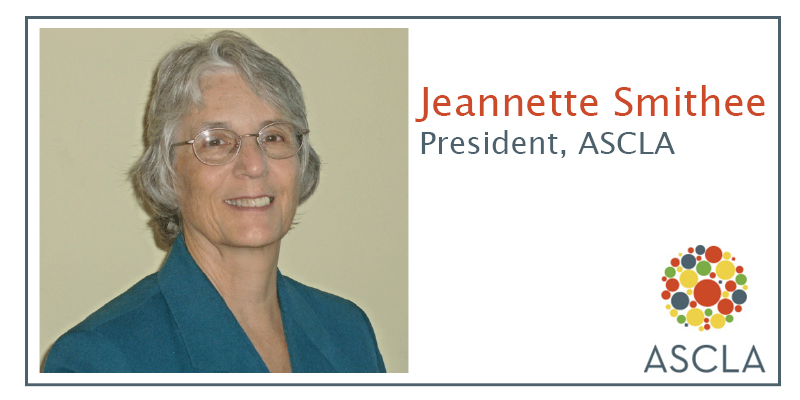 Change and transition are recurrent themes for ASCLA in the coming year. As I begin a term as ASCLA President, the Board is addressing several transitions. The first, immediate priority is the search for and welcoming of an Executive Director to be shared with the Reference and User Services Association (RUSA) division. A search committee, with representatives from the ASCLA and RUSA boards and from ALA, has been reviewing resumes and hopes to complete the interview process by the end of the summer. The ASCLA and RUSA boards are also taking the opportunity to look at ways to coordinate and simplify procedures for an easier transition for our shared Executive Director and staff.

Another major change is the forthcoming merger with the Federal and Armed Services Libraries Round Table (FAFLRT). This past year FAFLRT voted to begin the merger with ASCLA. During 2017-2018, representatives from the two boards will work through a timeline with a goal to complete the transition by September 1, 2018. A Task Force will be revising ASCLA’s bylaws for approval by the membership in the spring 2018 election. We will incorporate FAFLRT’s mission and members in all aspects of the Division, including Board representation and new Interest Groups. We look forward to welcoming new members and sharing the strengths of members with new areas of interest.

ASCLA staff has been working on a new rebranded website. This upgrade is prompted by ALA’s current process of creating a new, modern website. The new site, ascladirect.org should be available later this summer. Watch for more news about the features and content for and by ASCLA members.

In June, ASCLA’s editor for Interface completed her term and has moved on to a new position. We thank Christina Wray for guiding Interface for the past three years. We will be gathering member comments before advertising for a new editor. Because the editor position is open at a time when there is transition in ASCLA staff, at a time when there is a major update and rebranding of the ASCLA website, and a time when ASCLA is making it easy for members to add content to ASCLA’s new rebranded website, we are taking time to examine the future of Interface. I invite members to provide feedback and comments on what you value about Interface.

The heart and energy of ASCLA remains the conversations, ideas, and projects generated by our many Committees and Interest Groups. The Board heard about several projects and proposals at the Annual Conference in Chicago. We look forward to hearing from more of you. We urge ASCLA Interest Groups to share ideas with ASCLA and other ALA members. The new ASCLA web site will make it easy to submit news for publication on ascladirect.org and on social media. Members and Interest Groups also have opportunities to share expertise by proposing online learning offerings or 2018 Conference programs. There is time to submit program ideas for 2018, through ALA’s new Conference Program submission site. Submissions are due by August 25, 2017. 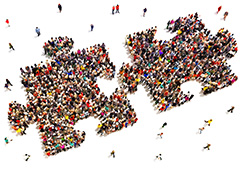 The Federal and Armed Forces Libraries Round Table (FAFLRT) of the American Library Association (ALA) voted to proceed with merging with the Association of Specialized and Cooperative Library Agencies (ASCLA) division of ALA in the spring 2017 election.

“Our [FAFLRT] diminishing membership has made it difficult for us to ensure representation on affiliated groups and have robust programs and services for federal and armed forces librarians”, said Karl Debus-Lopez, FAFLRT President. “This merger with ASCLA will provide our members with more networking and educational opportunities, access to more financial resources and a dedicated staff provided by ALA; The missions of FAFLRT and ASCLA are closely aligned and there will be the opportunity to create interest group(s) that reflect the needs of federal and armed forces librarians”.

“With such compatible missions and some overlapping membership, the merger makes sense”, said Michael Golrick, ASCLA President. “We’re very excited and confident that we will bring together the strengths of both memberships and let our voices be heard for specialized libraries”.

The merger will allow for a bigger and guaranteed voice in ALA policy setting and an increased presence within ALA, greater ability to advocate for needs of specialized libraries and agencies and staff assistance to allow more programming and career development activities through online learning as well as ability for more robust offering of programming at ALA’s conferences with the assistance of staff. Once finalized, the merger will result in the addition of up to ~300 new members to ASCLA’s current ~800 members.

ASCLA is the premier destination for members to find information and build capacity to serve populations that are served by state library agencies, specialized libraries, library cooperatives and library consultants. ASCLA enhances the effectiveness of library service by advocating for and providing high quality networking, enrichment and educational opportunities for its diverse members. 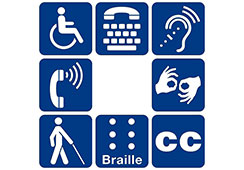 The Working Team for the revision of the 2011 Standards and Guidelines of Service for the Library of Congress Network of Libraries for the Blind and Physically Handicapped invite you to make comments on the second, revised draft of the standards, found here.

The National Library Service for the Blind and Physically Handicapped (NLS), Library of Congress, is the administrator for the free informational and recreational reading resources for residents of the United States who are unable to read or use standard print materials because of visual or physical impairment. For those seeking a better understanding of the NLS service, view these promotional videos to give a picture of the patrons. The 2011 version of the standards is here.

This revision is supported by a grant from the Library of Congress and administered by ASCLA.

Registration for National Library Legislative Day 2017 is open! To find information about the event, to register, or to book a room in the hotel block, please visit ala.org/nlld.

As with previous years, National Library Legislative Day 2017 will be held at the Liaison Hotel in Washington, DC. Briefing day will take place on May 1st, and includes informational sessions about each of the most important legislation issues libraries are facing, as well as advocacy training with experts from the Campaign Workshop. On May 2nd, each state delegation will go to their meetings on the Hill with their elected officials.
Featured issues include:

Registration this year is $50 and includes entry into a reception held on Capitol Hill, along with a folder full of briefing materials, talking points, and other resources.

To learn more about the event, check out our blog post on District Dispatch.

As always, please feel free to reach out to Lisa Lindle at llindle@alawash.org if you have any questions!

The Working Team for the revision of the 2011 Standards and Guidelines of Service for the Library of Congress Network of Libraries for the Blind and Physically Handicapped would like to remind everyone that they are still accepting comments on the first, revised draft of the standards. The National Library Service for the Blind and Physically Handicapped (NLS), Library of Congress, is the administrator for the free informational and recreational reading resources for residents of the United States who are unable to read or use standard print materials because of visual or physical impairment.

The first draft of the revised standards is here: http://ascla.ala.org/blog/wp-content/uploads/2016/09/NLSStandardsandGuidelinesRevision2017-FirstDraft_August2016.pdf.

Comments on the first draft of the revised standards can be provided using the following form: https://goo.gl/forms/rSn2UItG4SY5khUt2.

This revision is supported by a grant from the Library of Congress and administered by ASCLA.

You might want to attend the following events if you will be in Atlanta:

MONDAY:
Public Hearing for the Revision of the Standards for Libraries Serving People Who are Blind or Physically Handicapped
Monday, January 23 10:30 AM – 11:30 AM Room: Georgia World Congress Center, B214

You also might be interested in the following ALA meeting: At 2017 Midwinter Meeting, talk to ALA about accessibility for people with disabilities

I hope to see you all in Atlanta! 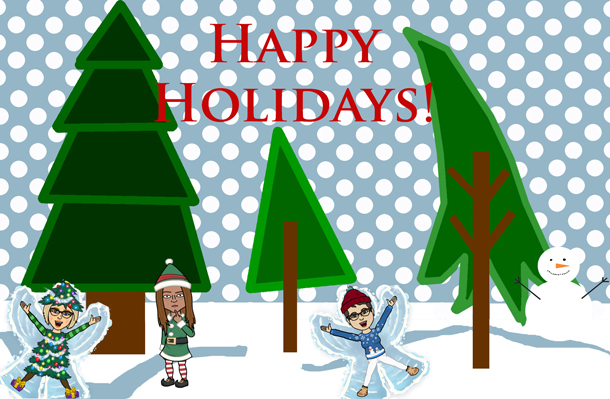 Wishing you and your family a safe and happy holiday season and a happy New Year!

Interested in meeting new people? Volunteer for an ASCLA committee! They’re still one of the best ways to get involved at the national level and make an impact, while having lots of fun. You can participate even if you can’t attend conferences; ALA’s online community, ALA Connect, Adobe Connect virtual meeting software, and other tools offered by the division make virtual participation easy and engaging.

Below is a list of committees with current openings for members and chairs. As you can see, there are lots of ways to share your talents, influence major decisions for the association and make a difference in the library profession. I encourage you to review the list and find a place where you fit. 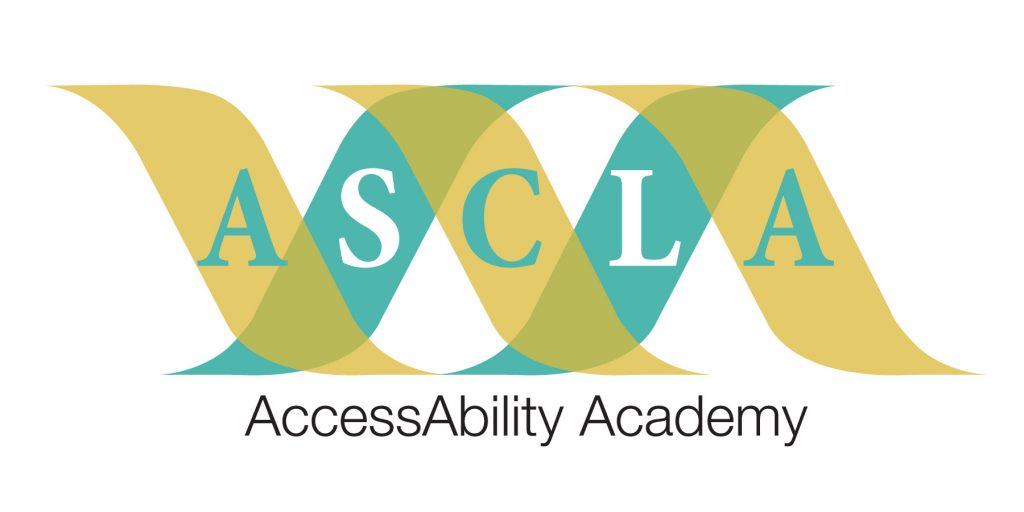 We’ve been pleased with the response to the first ASCLA AccessAbility Academy module, Positive Interactions: Making the Library a Welcoming and Empowering Place for People with Disabilities http://www.ala.org/ascla/online-learning/accessibility-academy. You’ll be happy to know that ASCLA is now developing a second module focused on libraries and meeting the needs of people with mental illness.

Right now, we’re seeking a small group of “beta testers” who would be interested in attending and providing feedback during a free, preview version of a webinar for the module. The webinar is scheduled for December 2, 2016 from 11 AM (Central Time Zone) until 12:30 PM.

We will be limiting this beta tester group to 20 people. If you are interested in attending and sharing feedback during this session, please email Brenda Hough at bckhough@gmail.com and let her know.

Thank you for your consideration.