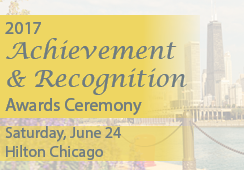 *Ceremony images can be found on the Annual Conference Facebook Album.

Please join ASCLA and FAFLRT for the joint 2017 Achievement and Recognition Awards Ceremony (add event to your conference schedule). The event will take place on Saturday, June 24 from 10-11:30am at the Hilton Chicago (720 S. Michigan, Room: Wiliford C) during ALA’s Annual Conference. Complimentary breakfast will be served and there will be time after the ceremony to network.

The following individuals will be recognized for their excellence:

William “Will” R. Reed was selected for the Cathleen Bourdon Service Award. Reed  has proven to be a tireless advocate for information access and reading opportunites to individuals with print disabilities as noted with his work with the Library Services for People with Visual and Physical Disabilities Form. Read more…

Vicky L Crone, Licensing and Procurement Librarian at the national Agricultural Library, is the winner of the 2017 FAFLRT Distinguished Service Award for outstanding and sustained contributions to FAFLRT and for her many years of outstanding leadership and support, which has resulted in the provision of excellent service and programs for federal and armed forces librarians.

Anne Harrison is being awarded the 2017 FAFLRT Achievement Award that recognizes an individual for achievement in the promotion of library and information service and the information profession in the Federal community. She is awarded for her sustained and superior service to the federal and armed forces libraries community.

Heather Kiger is being awarded the 2017 FAFLRT Rising Star Award. Ms. Kiger graduated with her MLIS from San Jose State’s School of Information and Library Science in August 2016. Ms. Kiger was hired to work on a $30,000 plus grant project and made inroads in the monumental task of converting the Yosemite Research Library’s circulating collection from the Dewey Decimal Classification to the Library of Congress Classification in a systematic, logical and sustainable manner. 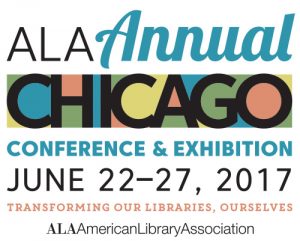 As we mark the 25th Anniversary of the ADA, it is critical to focus on making education as accessible as possible. This unconference will be a gathering that that will examine accessibility and education and its implications for library services. This will be an unconference, and thus be focused on building community, and helping each conference participant ask questions, and move together toward a more accessible future for their libraries. This unconference is set for Friday, June 23, 9am-4pm.

Within the next 10 years the number of Americans living with dementia is expected to rise to 7.1 million. Now is the time to begin addressing the needs of this too often forgotten population. Libraries should be at the forefront of the Dementia Friendly initiative that is emerging across the country. This preconference, set for Friday, June 23 9am-4pm, will provide both background and tools for designing and implementing library programs and services that will transform lives in your community.