Submitted by Carol Ann Desch, Chair of the 2011 ASCLA Awards Committee.  Other members of the are Yolanda Cuesta, Gene Hainer, and Kathleen Hegarty.

ASCLA is pleased to announce four 2011 award winners, who will receive their awards from ASCLA President Diana Reese at the ASCLA/COSLA Reception on Sunday June 26, 2011 at 8:00 p.m. during the ALA Annual Conference in New Orleans, Louisiana. We hope you will put this exciting evening event on your conference schedule!

The ASCLA Exceptional Services Award recognizes exceptional service to patients in a medical facility, to persons who are homebound, to inmates, to older adults, and adults with a physical or mental disability, who live in group homes or residences, as well as to recognize professional leadership, effective interpretation of programs, pioneering activity, and significant research.

ASCLA Awards Committee member Yolanda Cuesta notes that “for over 20 years, the 2011 recipient of the ASCLA Exceptional Services Award, Hennepin County Library Outreach Services Unit has provided creative and outstanding service to county residents who cannot visit and use the library due to age, illness, disability or incarceration. The scope of the services the unit staff provides, the diversity of the people they reach, and the positive impact they have on their clients is impressive. The fact that they have maintained this high level of performance for such a long period of time is truly remarkable.”

The Queens Library Mail-A-Book Program with Interactive Programming Component is the 2011 recipient of the ASCLA/Keystone Library Automation Systems/National Organization for Disabilities Award. Donated by Keystone Systems, Inc., the $1,000 award and certificate is given to a library organization that has provided services for people with disabilities. The award recognizes an innovative and well-organized project which successfully developed or expanded services for people with disabilities. The award can be for a specific service(s) program or for a library that has made their total services more accessible through changing physical and/or attitudinal barriers.

“Using an abundance of creativity and imagination, the caring staff of the Queens Library Mail-A-Book program used low-cost, interactive technology (teleconferencing equipment with an 800 number) to enrich the lives of persons with disabilities in their community,”  said Carol Ann Desch, ASCLA Awards Committee Chairperson. “Building on a strong base of popular library programming, the Queens Library took library service for persons with disabilities to a whole new level of interactivity and innovation.  They put their hearts into leaping over physical and attitudinal barriers and making the total services of the Queens Library more accessible. They reached homebound customers with a host of engaging library offerings that brought regular social interaction and lifelong learning opportunities from the Queens Library into their living rooms.”  The nominator described program outcomes as having the “quality of a near-miracle.”

With this award, ASCLA, Keystone Library Automation System and the National Organization on Disability recognize and congratulate the staff of the Queens Library for their pioneering role in offering innovative library services that deliver miraculous outcomes for their homebound populations. 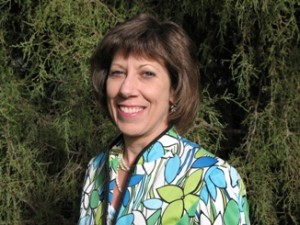 Diane Walden, Senior Consultant for adult correctional libraries with the Colorado State Library is the 2011 recipient of the ASCLA Leadership and Professional Achievement Award.  Prior to joining the Colorado State Library in 2004, Diane worked for ten years at the Florida Department of Corrections, with progressive responsibilities, from a solo correctional librarian to a supervisor of 60 institutional libraries, where she developed library-based literacy, educational and cultural programs.

The ASCLA Leadership and Professional Achievement Award is presented to one or more ASCLA personal members who exemplify leadership and achievement in the following areas: consulting, multi-type library cooperation, networking, statewide services and programs and state library development.

“In addition to her exemplary leadership with statewide services and programs, Diane’s leadership in the creation of the Prisoners Right to Read: An Interpretation of the Library Bill of Rights is a clear example of both professional leadership and pioneering activity,” said Gene Hainer, member of the ASCLA Awards Committee.  “Prior to the adoption of the Prisoners Right to Read, there was no ALA policy statement that addressed prisoner rights on a national level. This was a serious gap that needed correction. Diane initiated the process of creating that policy, demonstrating the leadership and achievement that are the hallmarks of this award. Her tireless efforts with the Right to Read statement are but one of many examples of leadership, initiative, and professional achievement demonstrated by Diane in her work with the Colorado State Library, and nationally with ASCLA and the LSSPS section.”

Elizabeth Ridler, Neighborhood Library Supervisor, Brooklyn Public Library, is the 2011 recipient of the ASCLA Cathleen Bourdon Services Award.  This award, named in honor of former ASCLA Executive Director Cathleen Bourdon, is presented to an ASCLA personal member for exceptional service and sustained leadership to the division. This includes participation in activities which have enhanced the stature, reputation and overall strength of ASCLA, and have also cultivated the division’s relationship with other appropriate organizations, institutions or governmental agencies.

“Long-time ASCLA member Elizabeth Ridler has been at the forefront of librarians in addressing the critical issue of equity of access that is so central to the core of our work in the division,” said Kathleen Hegarty, member of the ASCLA Awards Committee.  “Through her work as an ALA Councilor since 2004 and as an active member of the division and the ADA Assembly, now the Accessibility Assembly, Ms. Ridler continually enhances the stature, reputation, and overall strength of ASCLA. Her steadfast and eloquent representation of the division’s concerns and priorities in her role as an ALA Councilor is invaluable.  She has been the guardian of the ADA, showing leadership, dedication, and skill in ensuring that its provisions continue to be applied and endorsed as ALA policy through her successful efforts in committee and as ALA Councilor.”