Scotland has long been an ideal setting for some of our best loved fictional series, such as the Harry Potter series, the Outlander series, not to mention the works of Alexander McCall Smith.  But here are some titles you may not have come across.  There is still time to reserve your spot on the upcoming literary adventure sponsored by ASCLA! 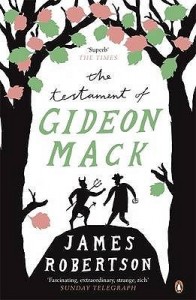 The Testament of Gideon Mack by James Robertson

“Gideon Mack, an errant Church of Scotland minister, doesn’t believe in God, the Devil or an afterlife. From the moment he discovers a mysterious standing stone, his life unravels dramatically until he is swept into a river and carried through a deep chasm underground. Miraculously, Mack emerges three days later, battered but alive. He seems, however, to have lost his mind, since he claims to have been rescued and restored to the world by the Devil.

Mixing fantasy, legend and history with a wealth of insight about religion, belief and culture, The Testament of Gideon Mack is an ambitious, mesmerizing novel that combines superlative storytelling with immense imaginative power.” 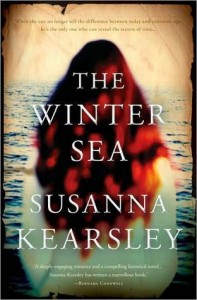 “In the spring of 1708, an invading Jacobite fleet of French and Scottish soldiers nearly succeeded in landing the exiled James Stewart in Scotland to reclaim his crown.

Now, Carrie McClelland hopes to turn that story into her next bestselling novel. Settling herself in the shadow of Slains Castle, she creates a heroine named for one of her own ancestors and starts to write.

But when she discovers her novel is more fact than fiction, Carrie wonders if she might be dealing with ancestral memory, making her the only living person who knows the truth-the ultimate betrayal-that happened all those years ago, and that knowledge comes very close to destroying her.” 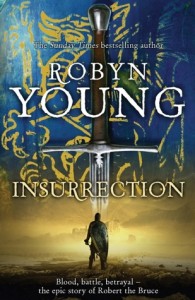 “The king of Scotland is dead. Civil war threatens as powerful Scottish families fight over the throne, unaware that King Edward of England has plans of his own. For years, Edward has nurtured a fierce vision of conquest, inspired by the words of an ancient prophecy from the time of the legendary King Arthur that will change the face of Britain.

In this divided land, a boy grows to manhood in a family torn apart by ambition and betrayal. The path he takes will never be smooth—he will serve his enemy and betray his friends before he finds himself. But destiny is waiting to claim him. His name is Robert the Bruce, and his story begins in Insurrection.” 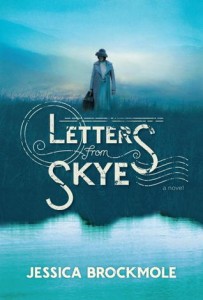 Letters from Skye by Jessica Brockmole

“A sweeping story told in letters, spanning two continents and two world wars, Jessica Brockmole’s atmospheric debut novel captures the indelible ways that people fall in love, and celebrates the power of the written word to stir the heart.

March 1912: Twenty-four-year-old Elspeth Dunn, a published poet, has never seen the world beyond her home on Scotland’s remote Isle of Skye. So she is astonished when her first fan letter arrives, from a college student, David Graham, in far-away America. As the two strike up a correspondence—sharing their favorite books, wildest hopes, and deepest secrets—their exchanges blossom into friendship, and eventually into love. But as World War I engulfs Europe and David volunteers as an ambulance driver on the Western front, Elspeth can only wait for him on Skye, hoping he’ll survive.

June 1940: At the start of World War II, Elspeth’s daughter, Margaret, has fallen for a pilot in the Royal Air Force. Her mother warns her against seeking love in wartime, an admonition Margaret doesn’t understand. Then, after a bomb rocks Elspeth’s house, and letters that were hidden in a wall come raining down, Elspeth disappears. Only a single letter remains as a clue to Elspeth’s whereabouts. As Margaret sets out to discover where her mother has gone, she must also face the truth of what happened to her family long ago.”

To the Lighthouse by Virginia Woolf 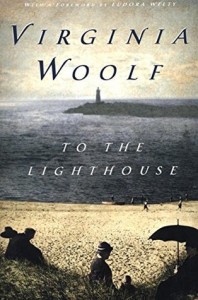 “To the Lighthouse is made up of three powerfully charged visions into the life of one family living in a summer house off the rocky coast of Scotland. As time winds its way through their lives, the Ramsays face, alone and simultaneously, the greatest of human challenges and it greatest triumph–the human capacity for change. A portrait in miniature of family life, it also has universal implications, giving language to the silent space that separates people and the space that they transgress to reach each other.” 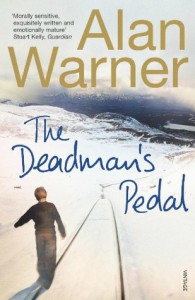 “It is the early 1970s in the Highlands of Scotland and for 16-year-old Simon Crimmons there’s really not much to do. He can hang around with his pals or his first-ever girlfriend, Nikki, he can dream about a first motorbike to get him out of the Port and among the hills, but in truth he’s going nowhere.

The only local drama and romance is provided by the rural railway, and Simon ends up working on the trains by chance, thrown into a community of jaded older men. But that summer he is introduced to a world far more glamorous and strange. He meets the louche, bohemian Alex, and his dark, gorgeous sister, Varie: all that remains of ‘the doomed family’ of the great house at Broken Moan, where their father, Andrew Bultitude, is Commander of the Pass. When Simon falls in love with the otherworldly Varie he is suddenly given a freedom and mobility that is both thrilling and vertiginous.” 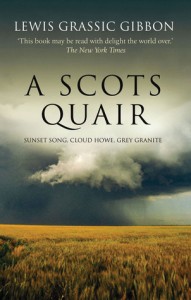 *This trilogy is not only viewed as one of the essential Scottish books of the 20th century, it is also written almost exclusively in the Scots dialect.

A Scots Quair is revolutionary—innovative in its form, deft and humorous in its use of the Scots language, courageous in its characterization and politics. Central to the trilogy is Chris Guthrie, one of the most remarkable female characters in modern literature. In Sunset Song, Gibbon’s finest achievement, the reader follows Chris through her girlhood in a tight-knit Scottish farming community: the seasons, the weddings, the funerals, the grind of work, the gossip. As the Great War takes its toll, machines replace the old way of life. Cloud Howe and Grey Granite take Chris from her rural homeland to life in an industrial Scotland and the desperate years of the Depression. The trilogy as a whole is a major achievement, a picture of a society undergoing traumatic and far-reaching transformation. Always readable, never sentimental, A Scots Quair is one of the most important works of modern Scottish literature.”