Did you hear?  This fall you can join a wonderful group of bookish friends for a literary romp through Scotland!  ASCLA is hosting a fun filled excursion from Oct. 28 – Nov. 5, 2015.  Want to learn more about Scotland?  Here are some excellent non-fiction books to get you started: 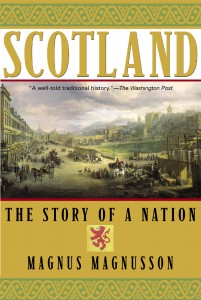 Scotland: The Story of a Nation

“Hailed as a “vast, superb history [that] relates Scotland’s past over a dozen millennia” (Kirkus Reviews), Magnusson draws on a great deal of modern scholarship to redefine a nation’s history. He charts the long struggle toward nationhood, explores the roots of the original Scots, and examines the extent to which Scotland was shaped by the Romans, the Picts, the Vikings, and the English. Encompassing everything from the first Mesolithic settlers in 7000 B.C. to the present movements for independence, Scotland: The Story of a Nation is history on an epic level, essential reading for anyone interested in the rich past of this captivating land” 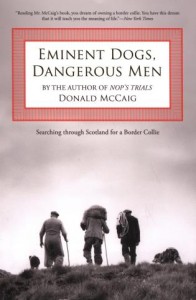 From the publisher: “According to a Scottish saying, “There is no good flock without a good shepherd, and there is no good shepherd without a good dog.” Eminent Dogs, Dangerous Men is the story of Donald McCaig’s search through rural Scotland for just the right sheepdog to bring back to his farm in West Virginia. McCaig delves into the mysterious pact between dog and man, which involves trust and deep communication. Traveling the countryside, to competitions and farms, meeting shepherds and trainers, McCaig introduces us to unforgettable animal and human characters. A must for dog lovers, and anyone interested in the relationship between animals and humans.”

An Innocent in Scotland: More Curious Rambles and Singular Encounters 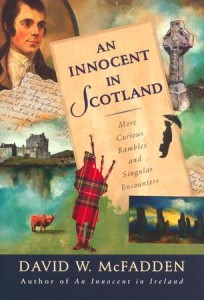 from the publisher “In 1995, David W. McFadden published An Innocent in Ireland: Curious Rambles and Singular Encounters, a quirky and affectionate account of his travels around Ireland. In undertaking the trip, he chose as his guide H. V. Morton, the prolific travel writer of the 1920s and 1930s, whose In Search of Ireland (part of Morton’s famous In Search of… series) had been familiar to him since childhood.

Now, setting out to explore Scotland, his family’s ancestral home, McFadden plans to use the same technique: to follow Morton’s route around the country, observing how things have changed and in what ways they remain the same. As in An Innocent in Ireland, however, his own inquiring mind and engaging personality take over, and Morton appears less and less as McFadden becomes increasingly absorbed by the landscape – and particularly by the people.” 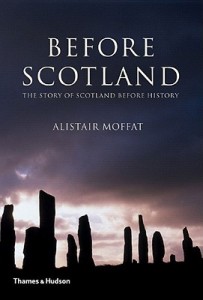 Before Scotland: The Story of Scotland Before History

From the Publisher: “Erudite and entertaining, Before Scotland is essential reading for anyone interested in the land that became Scotland.

Alistair Moffat’s gripping narrative ranges from the great thaw at the end of the Ice Age – which was instrumental in shaping Scotland’s magnificent landscape – through the megalith builders, the Celts and the Picts, to the accession of King Constantine II. It is a story of dramatic geological events and impressive human endeavor.

Moffat deploys his knowledge with wit and deftness, interweaving the story with numerous special features on topics as diverse as cave drawings of dancing girls, natural birth control, the myth of Atlantis and the Zoroastrian Towers of Silence – all of them valuable, sometimes quirky, additions to the whole picture. Carefully chosen color photographs give a strong sense of the Scottish landscape and monuments.”

Sea Room: An Island Life in the Hebrides 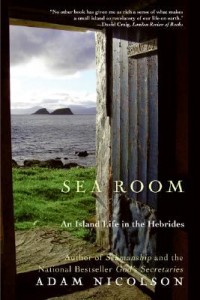 From the publisher: “In 1937, Adam Nicolson’s father answered a newspaper ad—‘Uninhabited islands for sale. Outer Hebrides, 600 acres. . . . Puffins and seals. Apply.’—and thus found the Shiants. With a name meaning “holy or enchanted islands,” the Shiants for millennia were a haven for those seeking solitude, but their rich, sometimes violent history of human habitation includes much more. When he was twenty-one, Nicolson inherited this almost indescribably beautiful property: a landscape, soaked in centuries-old tales of restless ghosts and Bronze Age gold, that cradles the heritage of a once-vibrant world of farmers and fishermen.

In Sea Room, Nicolson describes and relives his love affair with the three tiny islands and their strange and colorful history in passionate, keenly precise prose—sharing with us the greatest gift an island bestows on its inhabitants: a deep engagement with the natural world.” 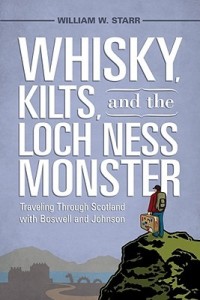 Whisky, Kilts, and the Loch Ness Monster: Traveling through Scotland with Boswell and Johnson

from the publisher: “Whisky, Kilts, and the Loch Ness Monster is a memoir of a twenty-first-century literary pilgrimage to retrace the famous eighteenth-century Scottish journey of James Boswell and Samuel Johnson, two of the most celebrated writers of their day. An accomplished journalist and aficionado of fine literature, William W. Starr enlivens this crisply written travelogue with a playful wit, an enthusiasm for all things Scottish, the boon and burden of American sensibility, and an ardent appreciation for Boswell and Johnson–who make frequent cameos throughout these ramblings.

In 1773 the sixty-three-year-old Johnson was England’s preeminent man of letters, and Boswell, some thirty years Johnson’s junior, was on the cusp of achieving his own literary celebrity. For more than one hundred days, the distinguished duo toured what was then largely unknown Scottish terrain, later publishing their impressions of the trip in a pair of classic journals. In 2007 Starr embarked on a three-thousand-mile trek through the Scottish Lowlands and Highlands, following the path—though in reverse—of Boswell and Johnson. He recorded a wealth of keen observations on his encounters with people and places, lochs and lore, castles and clans, fables and foibles. Starr couples his contemporary commentary with passages from Boswell’s and Johnson’s published accounts, letters, and diaries to weave together a cohesive travel guide to the Scotland of yore and today. This is a celebration of Scottish life and a spirited endorsement of the wondrous, often unexpected discoveries to be made through good travel and good writing.

For more information and instructions on how to sign up for this trip visit: http://www.ala.org/news/press-releases/2015/02/ascla-invites-you-travel-scotland-fall

Want more reading suggestions?  Check out our guide to the fiction of Scotland in the upcoming Summer Issue of InterFace.

Previous postALA Annual 2015 Preconference: The ADA in Your Library Next postMember Spotlight